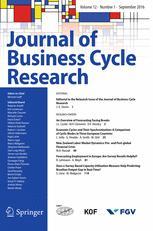 The present work applies singular spectrum analysis (SSA) to the study of macroeconomic fluctuations in three European countries: Italy, The Netherlands, and the United Kingdom. This advanced spectral method provides valuable spatial and frequency information for multivariate data sets and goes far beyond the classical forms of time domain analysis. In particular, SSA enables us to identify dominant cycles that characterize the deterministic behavior of each time series separately, as well as their shared behavior. We demonstrate its usefulness by analyzing several fundamental indicators of the three countries' real aggregate economy in a univariate, as well as a multivariate setting. Since business cycles are international phenomena, which show common characteristics across countries, our aim is to uncover supranational behavior within the set of representative European economies selected herein. Finally, the analysis is extended to include several indicators from the U.S. economy, in order to examine its influence on the European economies under study and their interrelationships.