Aerosols can interact with solar radiation by scattering and absorbing light, and they can also act as cloud and ice condensation nuclei affecting cloud properties. These interactions lead to aerosols having an influence on climate change, and thus are included in radiative forcing estimates. The big challenge is that these interactions currently represent one of the largest uncertainties on radiative forcing estimates and need to be reduced to increase our confidence in our climate projections. 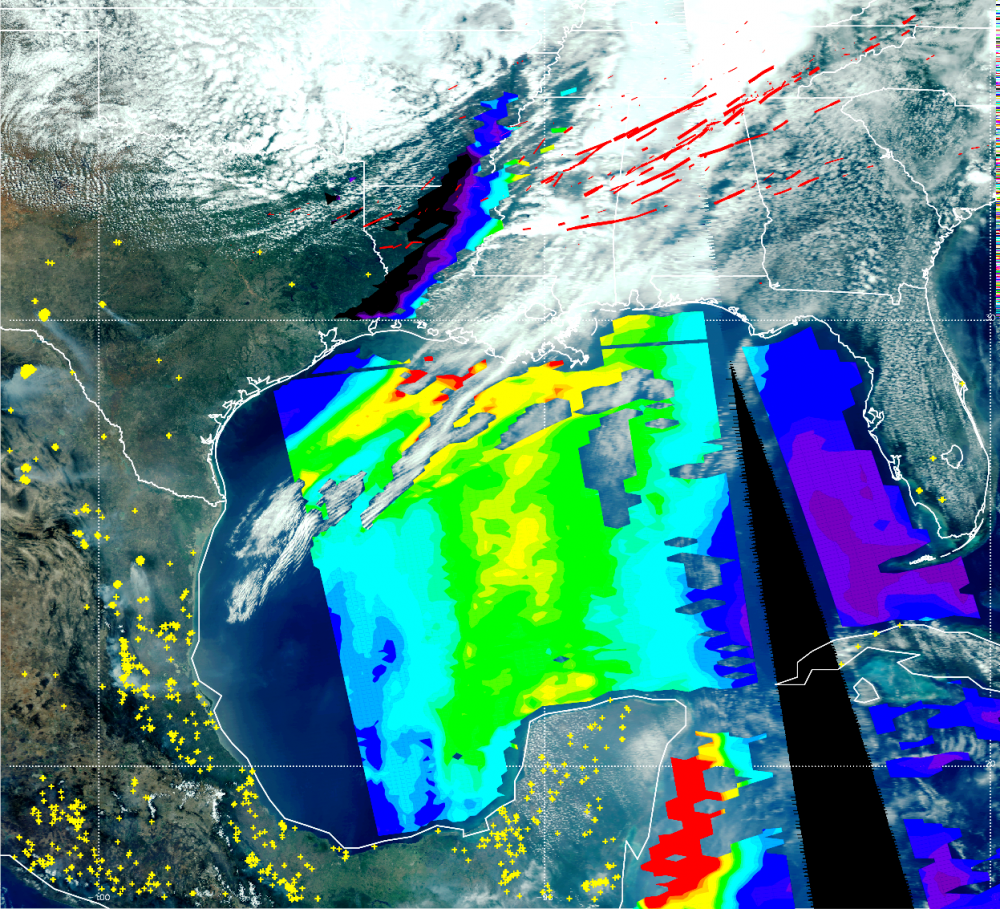 The image shows MODIS-Aqua satellite products for 27 April 2011 over the southeast US, Central America and the Gulf of Mexico (GoM), along with tornado tracks (red solid lines, thickness indicates the magnitude of the tornado reports , thickest=5, thinnest=1) for the period from April 26-28. The background is a true color image of the surface, clouds, and smoke, with yellow markers indicating fire detections and an iridescent overlay showing aerosol optical depth (AOD). Red, green and purple colors show high (1.0), medium (0.6) and low (0.1) AOD values. Our article Saide et al. (2015) shows that the increase in aerosol loads in the GoM is produced by fires in Central America, and this smoke is further transported to the southeast US where it can interact with clouds and radiation producing environmental conditions more favorable to significant tornado occurrence for the historical outbreak on 27 April 2011. Satellite L1B (true color image), AOD, and fire detection retrievals obtained from the NASA Level 1 and Atmosphere Archive and Distribution System (LAADS); Tornado reports obtained from the NOAA Storm Prediction Center (SPC); imagery courtesy of Brad Pierce NOAA Satellite and Information Service (NESDIS) Center for Satellite Applications and Research (STAR).