A general, variational approach to derive low-order reduced systems for nonlinear systems subject to an autonomous forcing, is introduced. The approach is based on the concept of optimal parameterizing manifold (PM) that substitutes the more classical notion of slow manifold or invariant manifold when breakdown of slaving occurs. An optimal PM provides the manifold that describes the average motion of the neglected scales as a function of the resolved scales and allows, in principle, for determining the best vector field of the reduced state space that describes e.g. the dynamics' slow motion. The underlying optimal parameterizations are approximated by dynamically-based formulas derived analytically from the original equations. These formulas are contingent upon the determination of only a few (scalar) parameters obtained from minimization of cost functionals, depending on training dataset collected from direct numerical simulation. In practice, a training period of length comparable to a characteristic recurrence or decorrelation time of the dynamics, is sufficient for the efficient derivation of optimized parameterizations. Applications to the closure of low-order models of Atmospheric Primitive Equations and Rayleigh-Bénard convection are then discussed. The approach is finally illustrated --- in the context of the Kuramoto-Sivashinsky turbulence --- as providing efficient closures without slaving for a cutoff scale kc placed within the inertial range and the reduced state space is just spanned by the unstable modes, without inclusion of any stable modes whatsoever. The underlying optimal PMs obtained by our variational approach are far from slaving and allow for remedying the excessive backscatter transfer of energy to the low modes encountered by classical invariant manifold approximations in their standard forms when the latter are used at this cutoff wavelength. 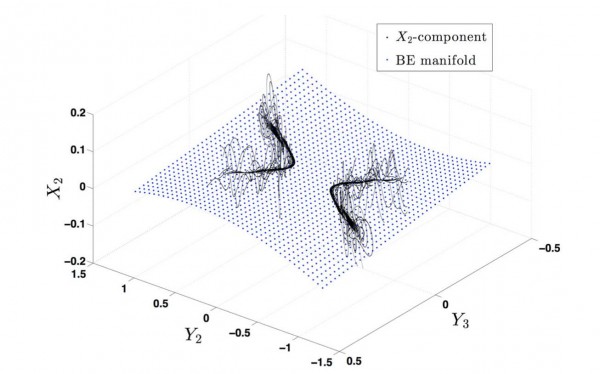