We study the pullback attractor (PBA) of a seasonally forced delay differential model for the El Ni\~no--Southern Oscillation (ENSO); the model has two delays, associated with a positive and a negative feedback. The control parameter is the intensity of the positive feedback and the PBA undergoes a crisis that consists of a chaos-to-chaos transition. Since  the PBA is dominated by chaotic behavior, we refer to it as a strange PBA. Both chaotic regimes correspond to an overlapping of resonances but the two differ by the properties of this overlapping. The crisis manifests itself by a brutal change not only in the size but also in the shape of the PBA. The change is associated with the sudden disappearance of the most extreme warm (El Ni\~no) and cold (La Ni\~na) events, as one crosses the critical parameter value from below.  The analysis reveals that regions of the strange PBA that survive the crisis are those populated by the most probable states of the system. These regions are those that exhibit robust foldings with respect to perturbations.  The effect of noise on this phase-and-paramater space behavior is then discussed. It is shown that the chaos-to-chaos crisis may or may not survive the addition of small noise to the evolution equation, depending on how the noise enters the latter. 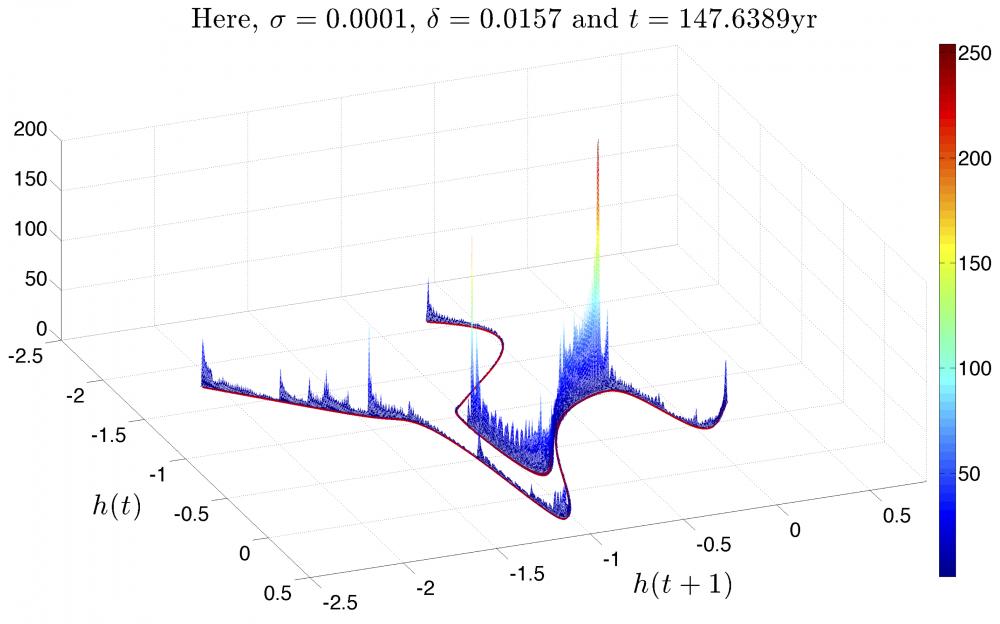