Harmonic decompositions of multivariate time series are considered for which we adopt an integral operator approach with
periodic semigroup kernels. Spectral decomposition theorems are derived that cover the important cases of two-time statistics drawn from a mixing invariant measure.

The corresponding eigenvalues can be grouped per Fourier frequency, and are actually given, at each frequency, as the singular values of a cross-spectral matrix depending on the data. These eigenvalues obey furthermore a variational principle that allows us to define naturally a multidimensional power spectrum.  The eigenmodes, as far as they are concerned, exhibit a data-adaptive character manifested in their phase which allows us in turn to define a multidimensional phase spectrum.

The resulting data-adaptive harmonic (DAH) modes allow for reducing the data-driven modeling effort to elemental models stacked per frequency, only coupled at different frequencies by the same noise realization. In particular, the DAH decomposition extracts time-dependent coefficients stacked by Fourier frequency which can be efficiently modeled---provided the decay of temporal correlations is sufficiently well-resolved---within a class of multilayer stochastic models (MSMs) tailored here on stochastic Stuart-Landau oscillators.

Applications to the Lorenz 96 model and to a stochastic heat equation driven by a space-time white noise, are considered. In both cases, the DAH decomposition allows for an extraction of spatio-temporal modes revealing key features of the dynamics in the embedded phase space. The multilayer Stuart-Landau models (MSLMs) are shown to successfully model the typical patterns of the corresponding time-evolving fields, as well as their statistics of occurrence. 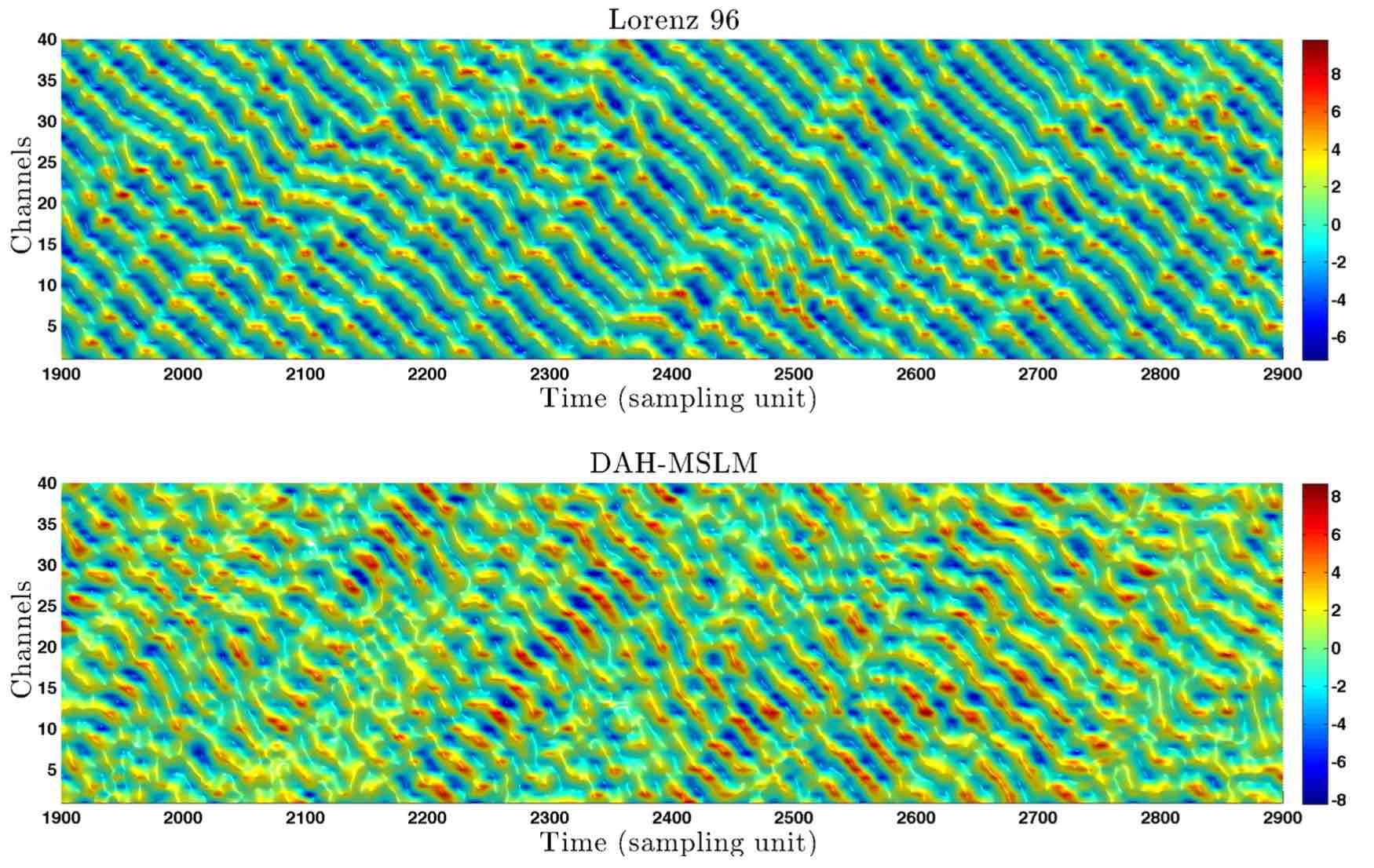